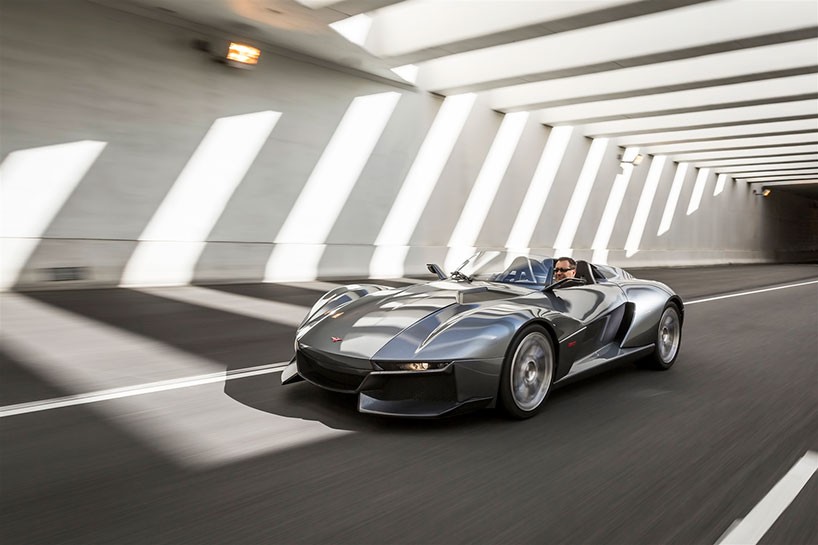 Southern California is world renown for our vacation getaways, but now we have a new presence, producing outrageous supercars for speed freaks around the world. First we had Tesla with the new Model S and now Rezvani is making the news. They are a fairly new automotive manufacturing company, but they have hit the industry by storm with their new creation the “Beast”. 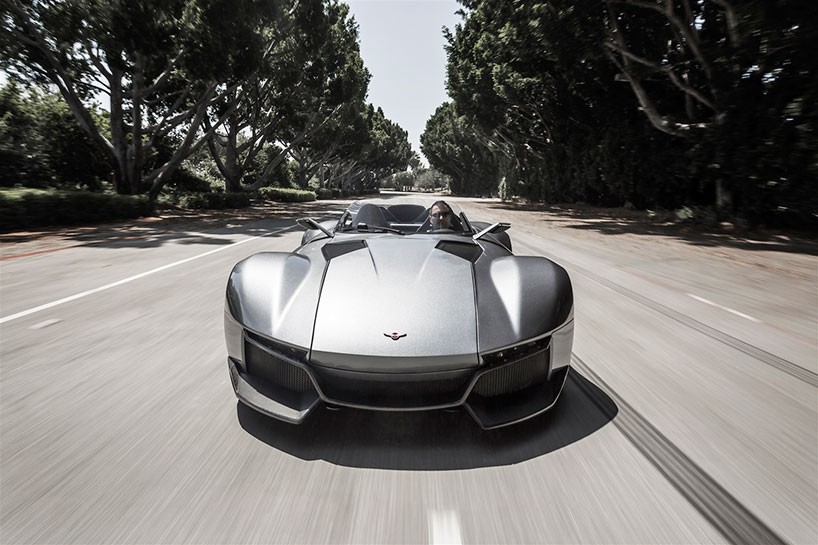 The ‘Beast’ was designed by award winning samir sadikhov

This 500hp beast convertible is constructed mostly from carbon fiber for an ultra lightweight design. Rezvani engineers were able to keep the car as light as possible using advanced materials such as carbon, and a carbon steel chassis from the Ariel Atom 3. Weighing in at a mere 1,650 lbs (748 kg), the supercharged and torbocharged 2.4L 4 cylinder can rocket the “Beast” from 0-60 in just 2.7 seconds. 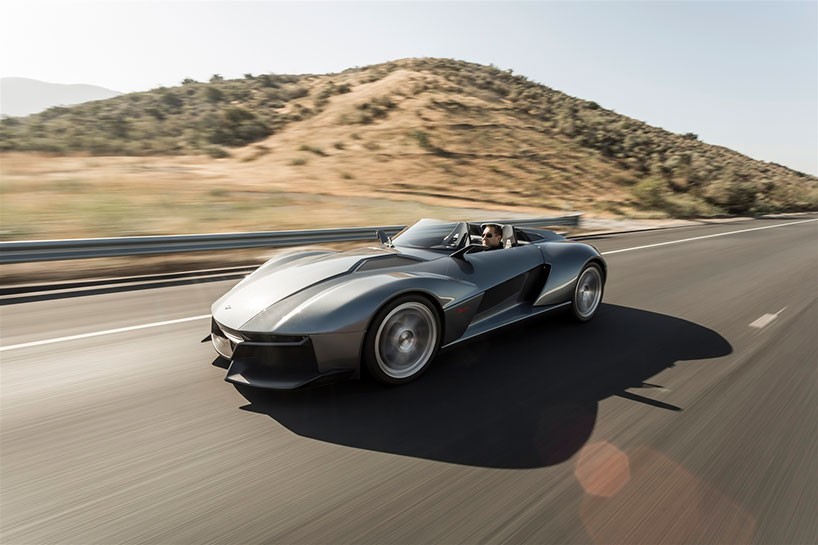 This high output powerplant transfers its power to the rear wheels and is paired with an old fashion manually transmission that is almost free from any electronic help. 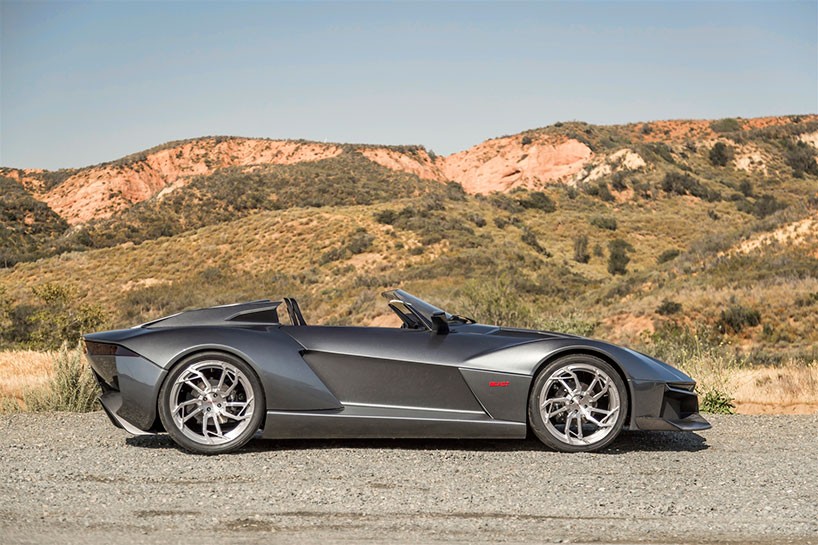 ‘We really wanted to get people to enjoy driving again,’describes founder and CEO ferris rezvani.‘by limiting as much electronic interference as we could, we were able to allow the driver to feel every inch of the road at their fingertips.’ 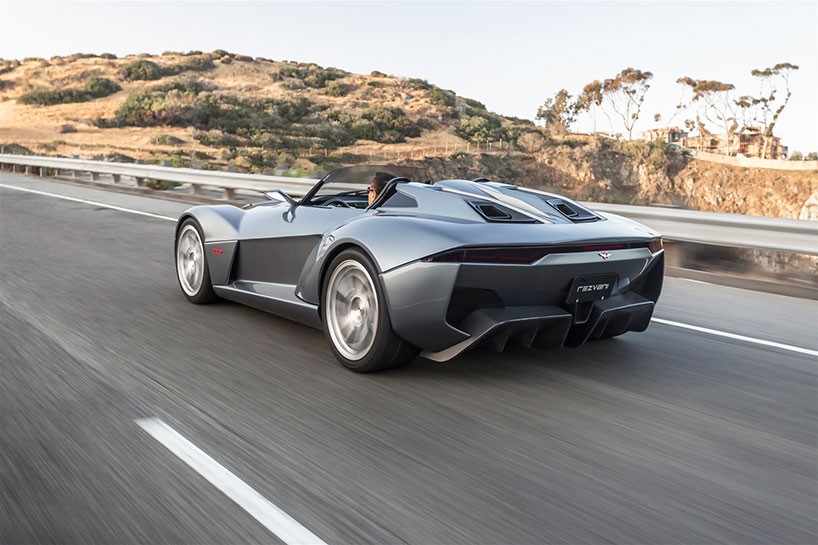 Continuing with its obsession with weight reduction, the interior of the Rezvani “Beast”  includes carbon fiber seats with a matching steering wheel and apple’s carplay entertainment system. Automotive designer Samir sadikhov was able to create an aggressive supercar with low friction carbon fiber body panels that allow for maximum downforce at high speeds. Furthermore, they used sophisticated 3D printing techniques to create the shapes of the headlight casings, taillight casings, and mirrors. find the Rezvani ‘Beast’ on the streets in June of 2015.

The engine is a 2.4 liter four cylinder accompanied by a supercharger and a turbocharger 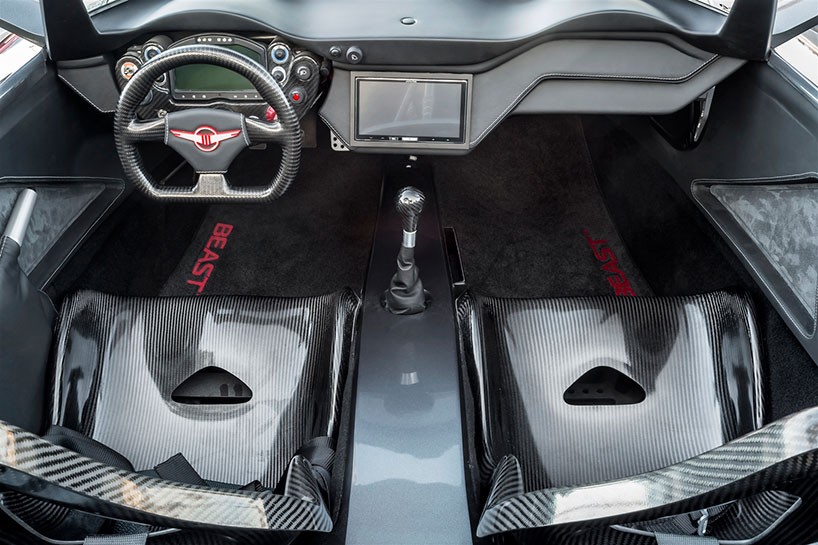 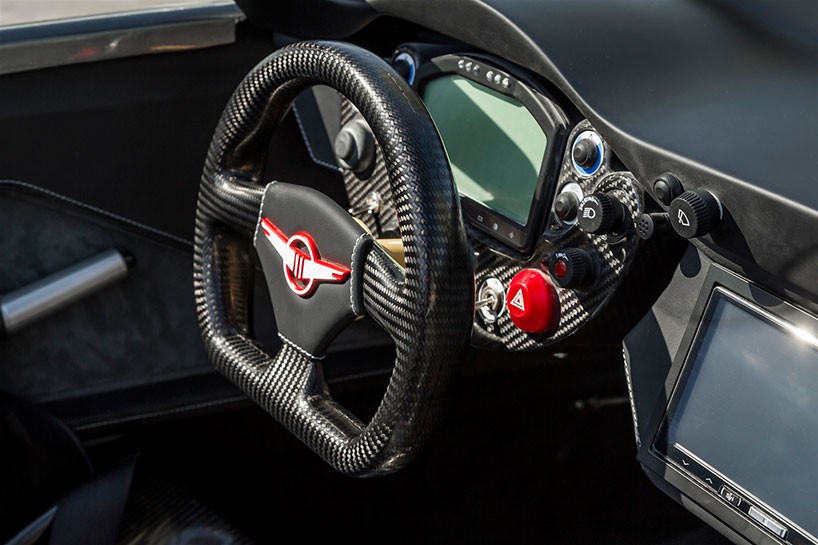 Steering wheel is made of carbon fiber 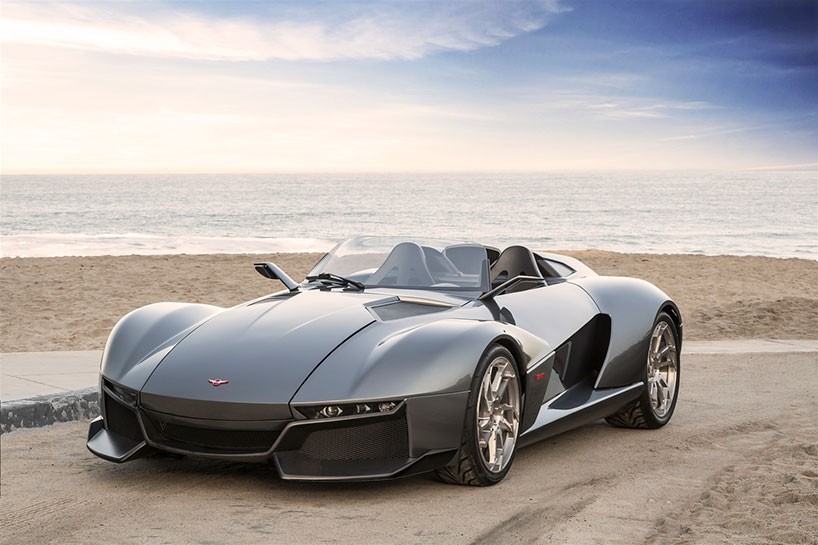 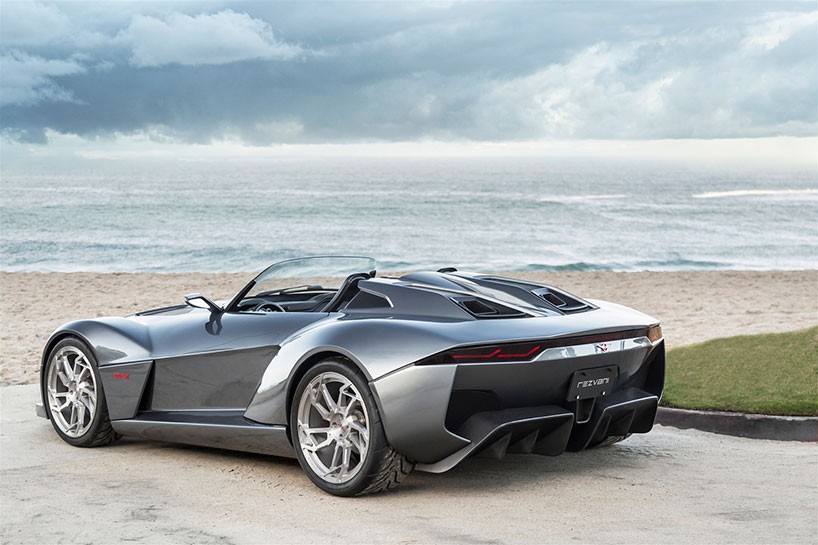 The manual gearbox transfers the power to the rear wheels 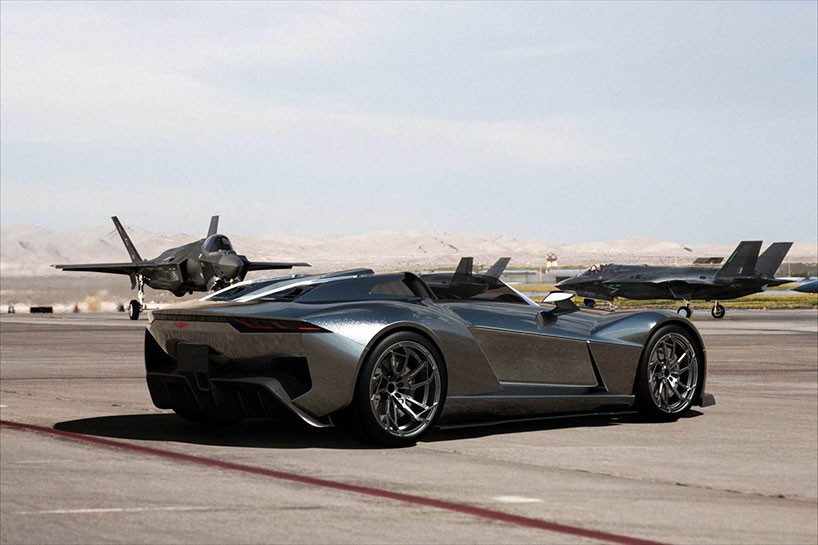 Incorporates a carbon steel chassis from the ariel ‘atom 3’